“There’s no safety anywhere.  It’s a jungle out there.”

"If you want to improve the world, start by making people feel safer." 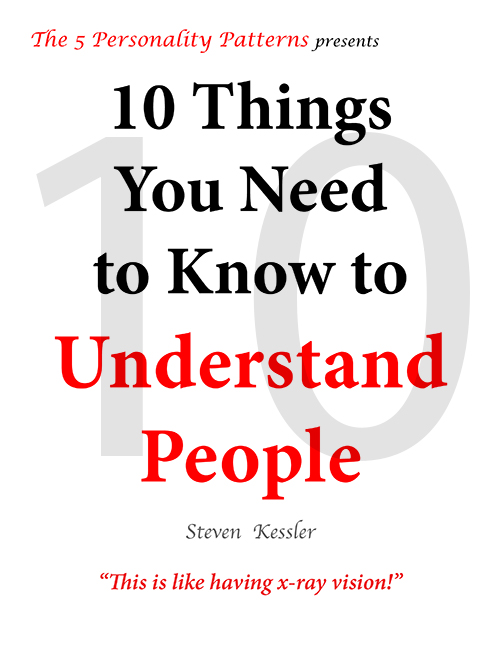 "As soon as you trust yourself, you will know how to live."

This feeling of being failed or betrayed by what he thought was protecting him can be created in several different ways. In the simplest scenario, the child simply has such a big energy that his parents are not able to energetically contain him. He wins all the battles, but discovers that he faces the world alone.

In another scenario, one parent seduces him into a coalition against the other. In doing this, the seducing parent is ignoring the child’s needs and using the child to meet his or her own needs. The seduction may include sexuality, but is often purely emotional. When he realizes that his love for the parent was used to manipulate him, the child concludes that loving is dangerous and that it opens the door to being used and betrayed. He closes his heart and unconsciously resolves, “You will never do that to me again.”

The child who develops the aggressive pattern has developed a cohesive sense of self, a strong will, and the ability to defend his own personal space, but he is always a little guarded. He finds it hard to trust or depend on others, or even to let them have their own space — space that he does not control. He still harbors a deep, unconscious terror that he will once again be used and betrayed. Dominating every situation becomes his only way of creating a sense of safety for himself. He does, however, become skillful at making things happen in the world, and this becomes one of the gifts of the aggressive pattern.

For a FREE pdf of

The Personality Traits
of Each of the Patterns